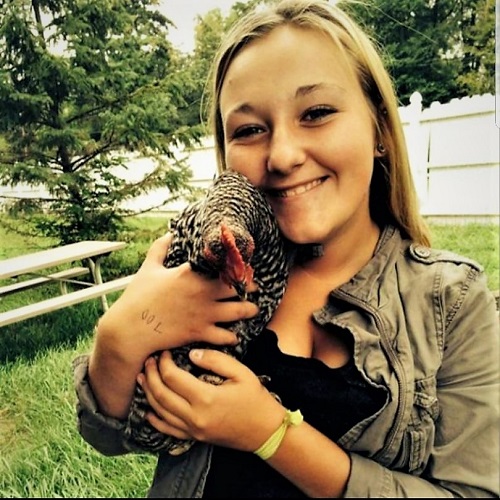 This week’s story is about a young woman who reached her breaking point and decided she no longer had anything to live for. She reached out for help many times, but instead of receiving help, she was met with disdain and even hatred.

This week’s story is about a young woman who reached her breaking point and decided she no longer had anything to live for. She reached out for help many times, but instead of receiving help, she was met with disdain and even hatred.

Nicole Burnham wanted to pursue a career after she graduated from high school. She joined the National Guard and then went active duty and became a full-time soldier. Although her parents weren’t happy with their daughter’s decision, they supported her.

Her mother said her going to the military would be the worst decision she had ever made. She was sent to Camp Casey in South Korea on April 15, 2017.

Life in South Korea wouldn’t be a positive experience. After an accident that left her with a severed finger, she was then sexually assaulted. In June, a group of fellow soldiers held Nicole down, assaulted her and then took photos of her. Nicole’s mother told me it wasn’t an actual rape, but damn close.

She would also be sexually harassed non-stop by a group of the same 4 or 5 male soldiers. One asked her to have a three way sexual encounter with him and his wife. Another soldier asked her when was it going to be his turn to get a piece of that. Another incident involved a soldier shoving a wrench into her rectum with enough force that it ripped her pants.

Nicole requested an immediate transfer back to the states. She was terrified and felt alienated. She told her mother she had become an outcast after telling on her abusers. Nicole said people just avoided her and didn’t speak to her. She would end up having to wait 82 days before she could return back to the states.

Fort this week’s story, I spoke to Stacey Burnham who is the mother of Nicole Burnham, the young 21- year-old soldier who left us too early. After being sexually harassed and tormented, she felt like killing herself was the only way out of her nightmare inflicted upon her by her fellow soldiers in the United States Army. On January 26, 2018, shortly after her 21st birthday, Nicole hanged herself using her military belt in her room at Fort Carson. Today, her parents and brothers still live with the agony of knowing the Army didn't do enough to save Nicole.