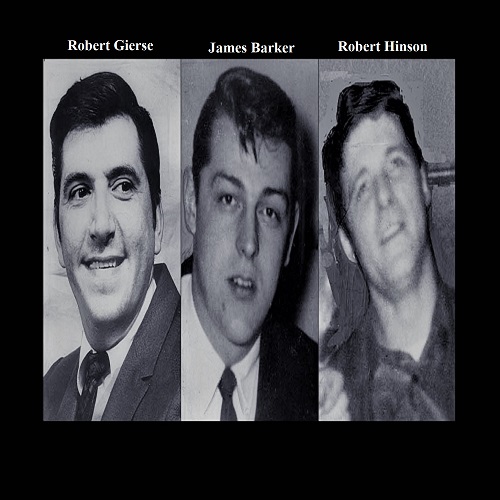 This week’s story involves the brutal 1971 triple homicide of three men in Indianapolis. On Dec. 1, 1971, a man named John Karnes hadn’t heard from his friends Robert Hinson and Robert Gierse. He visited the residence at 1318 N. LaSalle St. to check...

This week’s story involves the brutal 1971 triple homicide of three men in Indianapolis. On Dec. 1, 1971, a man named John Karnes hadn’t heard from his friends Robert Hinson and Robert Gierse. He visited the residence at 1318 N. LaSalle St. to check on his friends. What he found was horrific.
Someone had murdered Indianapolis businessmen Robert Hinson, 30; James C. Barker, 27; and Robert Gierse, 34. Their hands and feet were bound and their throats had been cut. They were nearly decapitated.

Marion County coroner, Dr. Dennis J. Nicholas believed the victims were held by their hair to extend their necks and then cut from ear to ear with a knife. Death was almost instantaneous. Indianapolis P.D. had a difficult investigation that lasted many years. There were many suspects and various motives for the three killings.

In 2001, authorities received a confession from a man who had already died. The confession was left in a safe deposit box and to be given to authorities upon his passing.

The letter read, “These two men I killed in their beds by cutting their throats and there was another guy who wasn’t supposed to be there but I had to kill him too because he showed up,” the letter continued. “Ted was supposed to pay me when he got the insurance money but he kept putting me off because he said he had lost some money, but he said he would pay me as soon as he could." “The paper said that a yellow Oldsmobile was seen at the place where I killed them but it was really my yellow Plymouth Road Runner. I buried my boots because the tracks they found ‘em ‘cuz I knew they could match up on the prints on my boots.”

For this story, I spoke to retired Indianapolis police Captain Robert Snow and also Mary Duke who was the daughter of Carroll Horton, the man falsely accused of the murders. They discussed the homicides and how a false accusation affected an innocent man. Snow wrote a book about this homicides titled Slaughter on North LaSalle. The title is available on Amazon.com and all major book suppliers.