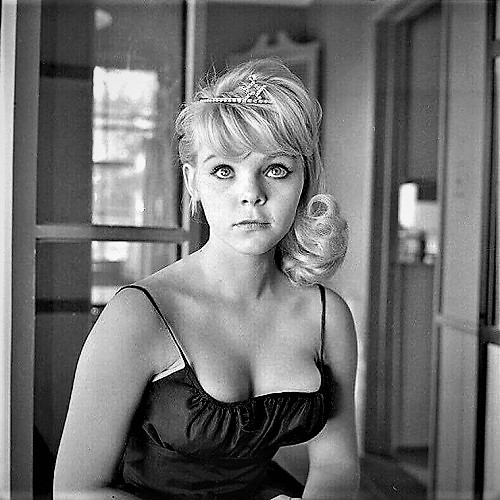 Jenny Maxwell was born in Brooklyn on September 3, 1941. She was the only child of Norwegian immigrants. She came from a large family. Many of her relatives settled in Michigan. Early in life, Jenny knew she wanted to become a Hollywood star. In 1958,...

Jenny Maxwell was born in Brooklyn on September 3, 1941. She was the only child of Norwegian immigrants. She came from a large family. Many of her relatives settled in Michigan. Early in life, Jenny knew she wanted to become a Hollywood star. In 1958, she was discovered by director Vincente Minnelli. Although Jenny was just a teenager, Vincent knew she had star power.

Jenny appeared on television shows like The Twilight Zone, Dr. Kildare, and Bonanza. In 1961, she played a spoiled rich girl in an Elvis Presley movie called Blue Hawaii. After a ten year run in Hollywood, she decided to give up acting and focus more on motherhood.

She married a wealthy attorney named Evrin “Tip” Roeder on February 17, 1970. The marriage was a nightmare for both Roeder and Jenny. They argued, cheated on each other and were headed for divorce court after a decade together. On June 10, 1981 around 3 p.m., a gunman approached the couple and forced them inside Jenny’s condo. The gunman shot Jenny twice in the head and shot Tip once in the stomach. Jenny died immediately, but Tip managed to stagger away and get help. He died two hours later.

A detective at the scene told a lone reporter he thought it was a robbery gone bad. And since 1981, that’s where the story has ended. Unknown to the public, the case was actually solved. But no one ever picked up the story and went any further with it. For all these years, everyone has always thought the murders of Jenny Maxwell and her husband Tip Roeder were unsolved. This wasn’t true.

Fast forward to 2019. Jenny and her first cousin Vera were close as children. Vera was older and would spend time babysitting Jenny. Their fathers were brothers. Vera loved her little cousin and was devastated when Jenny was murdered. For years, she wondered what had happened to her little cousin she used to babysit.

Vera’s life would eventually come to an end in 2019. However, before she died, she had one final request. She asked her son Buddy Moorehouse to find out what happened to her beloved cousin. She had to know before she died. Vera’s son Buddy Moorehouse learned that Jenny’s homicide was solved in 1981. But for all these years, Jenny’s family didn’t know because the information was never made public. Before Buddy’s mother died, he was able to give his mother the answers she had so patiently waited several decades for.

***Some of the musical pieces for this episode were provided by Dan Brown Jr. For more information about his amazing work, please visit www.crimesonics.com