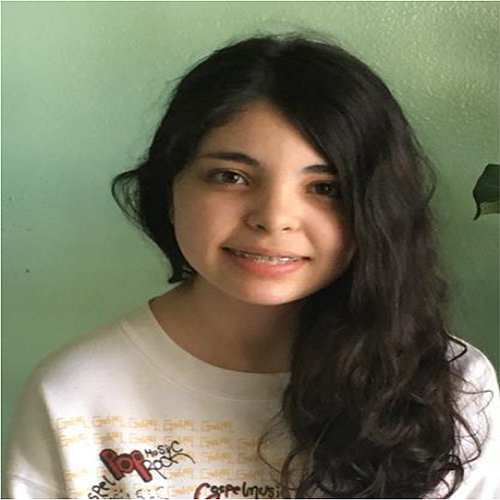 On September 15, 2019, Alicia Navarro, 14, vanished from Glendale, Arizona. She was only days away from her birthday when she vanished. Alicia's mom, Jessica Nunez, says she woke up to find her daughter missing. She says Alicia left a note that said...

On September 15, 2019, Alicia Navarro, 14, vanished from Glendale, Arizona. She was only days away from her birthday when she vanished. Alicia's mom, Jessica Nunez, says she woke up to find her daughter missing. She says Alicia left a note that said she ran away but that she would be back. Nunez said her daughter has autism and relies on medication.

Additionally, Alicia has never been on her own and needs help from her family. The Glendale Arizona Police are investigating the disappearance. The family has also partnered with a non-profit group called The Anti-Predator Project.

When she left home, Alicia took her cellphone and laptop, but neither have shown any activity since her disappearance. Although Alicia was autistic, her mother said she was a smart girl who was tech savvy. She only had a few friends, but she spent much time online playing games like any other teenager.

It’s believed that someone reached out to her and began grooming her. And this is most likely the person who lured her away from her home in 2019. Alicia will be turning 17 in September. Her mother has spent every day trying to find new clues leading to Alicia’s whereabouts. Alicia’s case has made the national news and has been shared constantly on social media. However, the publicity hasn’t led the family or law enforcement any closer to bringing Alicia home.

For this week’s episode, Alicia’s mother Jessica Nunez, Trent Steele of the Anti Predator project based out of Florida and Officer Tiffany NGalula of the Glendale Police Department share details about the disappearance of teenager Alicia Navarro.

If you know anything about this case, please either contact the National Center for missing and exploited kids at 1-800-THE-LOST or you can call the Glendale Police department at (623) 930 – 3000. And if you would like additional information about the Anti Predator Project, please visit their website at www.antipredatorproject.org.