Episode 36: Michael Funk was shot to death by police officers: Accidental or intentional? 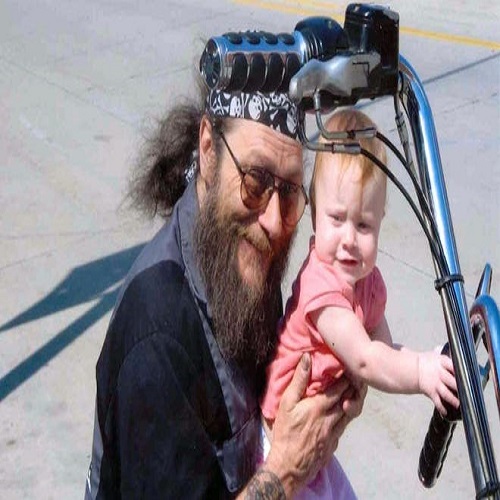 For this episode, I interviewed an independent film maker named David Starr who is working on a documentary called the 50-million-dollar bullet. David will share a story of a police shooting that will have you shocked and angry. His film tells the...

For this episode, I interviewed an independent film maker named David Starr who is working on a documentary called the 50-million-dollar bullet. David will share a story of a police shooting that will have you shocked and angry. His film tells the story of a Vietnam Veteran named Michael Funk, also known as ML.

Michael survived a military stint in Vietnam only to die at the hands of Neenah Wisconsin police officers Craig Hoffer and Robert Ross. For ML, the day began as any other day. He worked at a motorcycle repair shop called Eagle Nation Cycles in Neenah, Wisconsin with his close friend Steven Erato, who owned the shop.

On December 5, 2015, a man named Brian Flatoff entered the shop and took Ryan Moderson, Mike Petersen and Funk as hostages. Flatoff wanted to steal a motorcycle he once owned from the shop.

During the hostage ordeal, while armed with a handgun he carried for protection, Funk escaped through the backdoor. After escaping, Officers Hoffer and Ross shot Michael Funk dead.
Officers stormed the building and arrested Flatoff, who was eventually prosecuted and sentenced to prison. Afterward, there was an investigation into ML Funk’s shooting.

Former Wisconsin Attorney General Brad Schimel’s office determined officers Craig Hoffer and Robert Ross were justified in killing Funk. He said the officers incorrectly thought Funk was the armed hostage-taker and reacted under the threat of imminent death and therefore "acted in an objectively reasonable manner" in shooting Funk. Schimel called Funk’s death a tragic mistake and that he did nothing to deserve to die.

However, Shop owner Steven Erato claims there is more to this story than meets the eye. Listen as David Starr tells the story of Michael Funk and the unanswered questions about his death.For more information about this upcoming film, you can contact David Starr through his FB page titled The Fifty Million Dollar Bullet.