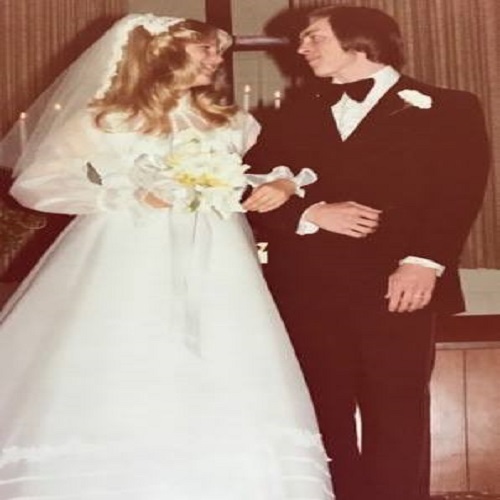 (Part 2 of 2) This week’s unsolved homicide is about the story of an 18-year-old young woman named Deborah Sue Williamson who lived in Lubbock, Texas. She was stabbed 17 times in her carport. She would die just a few feet away from her front door....

(Part 2 of 2) This week’s unsolved homicide is about the story of an 18-year-old young woman named Deborah Sue Williamson who lived in Lubbock, Texas. She was stabbed 17 times in her carport. She would die just a few feet away from her front door. Deborah was a newlywed. She had recently married a man named Doug Williamson. She was supposed to meet her husband at the Pizza Inn restaurant he managed. After she didn’t show up, he became worried. He tried calling around to find out if anyone had seen his wife.


At 1 a.m. he left work and found her lifeless body. Naturally, Doug was the primary suspect since he was Deborah’s significant other. However, law enforcement cleared him because he was at work the entire evening and never left. Her case was basically forgotten for several years until a prolific killer named Henry Lee Lucas confessed to killing Deborah. This story was profiled on the Netflix series titled The Confession Killer.


Today, the case remains as cold as the heart of the person who killed Deborah. This would change when an investigative journalist named George Jared and his partner Jennifer Bucholtz, a former Army counter intelligence officer took an interest in the case. The crimefighting duo traveled to Lubbock, Texas to find out who killed Deborah Sue Williamson. Their investigation was more thorough than law enforcement’s. They visited the crime scene and investigated most of the key people involved in the case.


They put their findings together and presented them in a book titled “Silent Silhouette.” George has said the book doesn’t name any suspects. He presents case facts from his own interviews and the original police file and allows the reader to make his or her own deductions about what happened to Deborah Sue Williamson.


The case still hangs over Lubbock, Texas like a dark cloud. There is still hope that law enforcement can use modern technology to find evidence unseen to the human eye.
So who killed Deborah Sue Williamson nearly 50 years ago?


If you have any information about this case, please contact the Lubbock Police Department at 806-775-2865. You can also visit the Unsolved Murder of Deborah Sue Williamson (Deborah Agnew) FB page for updates to this case. You can order your own copy of the book titled Silent Silhouette: Who Killed Deborah Sue? Written by George Jared and Jennifer Bucholtz. And if you would like to reach out to George with theories, tips or questions about his work, you can contact him through his FB titled Author George Jared. I personally found George to be knowledgeable and an interesting man to discuss true crime with. He told me welcomes your thoughts and opinions about true crime stories he has covered.