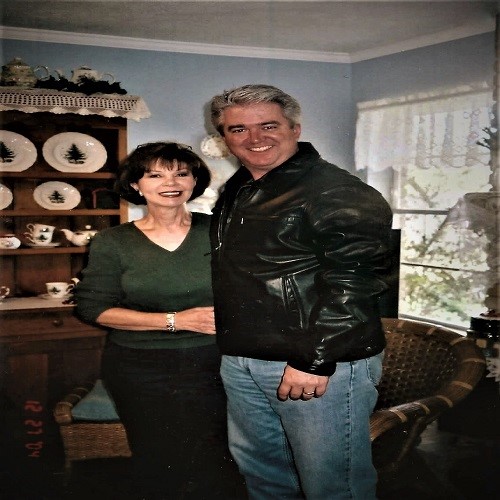 Marianne Wilkinson was a beloved 68-year-old woman who was considered a pillar of her community. She grew up in Highland park, Texas and attended college at SMU. Her dad was a prominent OB GYN. Marianne’s daughter-in-law Terri described Marianne as a...

Marianne Wilkinson was a beloved 68-year-old woman who was considered a pillar of her community. She grew up in Highland park, Texas and attended college at SMU. Her dad was a prominent OB GYN. Marianne’s daughter-in-law Terri described Marianne as a beautiful person, inside and out. She was considered an excellent painter and took great pride in keeping an immaculate home.


Unfortunately, Marianne’s life would come to a horrific death on December 9, 2007. Marianne and her husband Don lived in Nort Richland Hills Texas, The couple had settled in for a peaceful evening and were watching an NFL game. But a knock at the door at 8 p.m. would shatter their evening and lives forever. The couple was surprised when they heard the knock because they weren’t expecting any visitors.


Marianne opened the door and was fatally shot at least three times. Her husband, Don frantically called 911 "My wife has just been shot," he said. "Somebody rang the doorbell and then shot her. I need some help quick."


A neighbor had contacted law enforcement and said she was most likely the intended victim. She was going through an acrimonious divorce with Dennis Taylor, her soon to be ex-husband. She believed Taylor had hired an employee to kill her. But she said the killer went to the wrong address. Both women shared the same address number and lived on a parallel cul-de-sac a block away from each other.


Law enforcement identified Dennis Taylor, Vincent Lane and Willie Boley as persons of interest and have been able to develop a DNA profile. For now, it hasn't been matched to a donor. For the story of Marianne Wilkinson, I spoke to Marianne’s son Michael and Michael’s wife Terri. I have broken this story up into two episodes. For this week’s story, I spoke to Terri Wilkinson, Mariann’e daughter in law. Next week’s episode will feature my interview with Marianne’s son Mike Wilkinson.