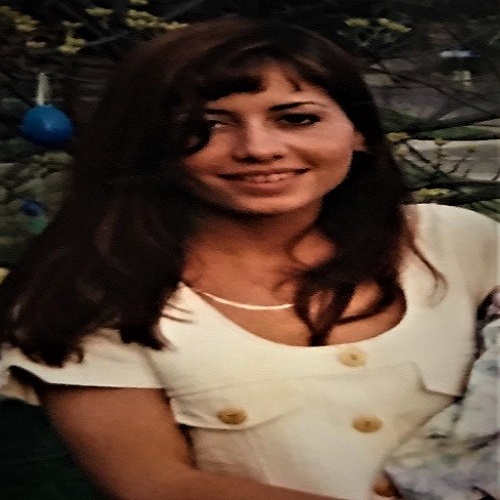 On March 6, 2007, employees of a business on North 71st Street in Tampa made a disturbing discovery. They found human remains sticking out of the dirt in the back of the parking lot. Someone had been buried in a shallow grave. Tampa police sent their...

On March 6, 2007, employees of a business on North 71st Street in Tampa made a disturbing discovery. They found human remains sticking out of the dirt in the back of the parking lot. Someone had been buried in a shallow grave. Tampa police sent their homicide squad. The victim was identified as 36-year-old Tracy McClelland of Tampa.


Before Tracy McClelland disappeared, her family knew something had happened to her because she didn’t show up to visit her sister Lisa Whidden after she had just given birth to her son. Tracy wouldn’t have missed the birth of her nephew.


Law enforcement has said they think Tracy vanished around Valentine’s Day. Tracy’s sister Lisa had said Tracy had gone shopping to buy Valentine’s Day gifts and never returned home. Tracy had two daughters and a son who were young when their mother was killed.
According to family, Tracy had a good childhood. She came from a loving family. Tracy’s sister Lisa compared their environment to the television sitcom Leave it to Beaver. She said her parents were divorced, but they remained on good terms.


Tracy’s life seemed to be on track for success until her older brother Larry committed suicide on August 28, 1996 when Larry had called Tracy from a mental health facility. He had been previously diagnosed with schizophrenia. Apparently, Larry asked Tracy to come get him. Larry then committed suicide by hanging himself in his room.


According to Tampa police Major George McNamara he said Tracy had two lives. "When she wasn't on drugs, she was a sweet, loving person who was dedicated to her family. but cocaine took over her life and destroyed her."


After Valentine’s Day of 2007 had passed, Janice Garvin had become extremely worried. Where was her daughter Tracy? Everyone in Tracy’s family had become worried after she had stopped contacting the family. No one knew what had happened to her. Although she had been known to disappear in the past, something was different this time.


Janice Garvin called the authorities to report her missing daughter. Law enforcement then began searching for her. Tracy’s body was recovered on March 6, 2007 near a Tampa cleaning company. Based on the smell of death, employees assumed someone had dumped an animal carcass in the vicinity. Buzzards had also descended upon the area. Eventually, an employee climbed into a bobcat and began scooping at the dirt where the smell came from. He uncovered a body.


The woman was in her 20s or 30s, had dark hair and breast implants. She was wearing a blue skirt and had nice teeth and toenails. It was believed she was a deceased prostitute or drug addict. The victim was confirmed as Tracy McClelland of Tampa. Law enforcement has stated Tracy died from upper body trauma. But no additional details have been provided.
For now, there is no motive and it’s unknown where Tracy was killed.
The family has waited over 15 years for answers. They realize someone out there knows the truth.


It’s been 15 years since Tracy was killed and discarded like trash. For this episode, I spoke to Malia Correa whose uncle had once dated Tracy. The former couple had two daughters who are Malia’s cousins. She has told me that she loved Tracy dearly and she wants justice for her two cousins whom she considers her sisters. The entire family needs justice for this woman who was so loved.


Do you know who killed this young mother of three? If you have any information about this case, please contact the Tampa police at (813) 276-3529 or you can reach out to Tampa Bay Crime Stoppers at 1-800-873-TIPS. I will also be sure to provide this information in the case story notes.


Please also visit my website for more information about my true crime and paranormal newspaper columns at www.themarcabe.com....