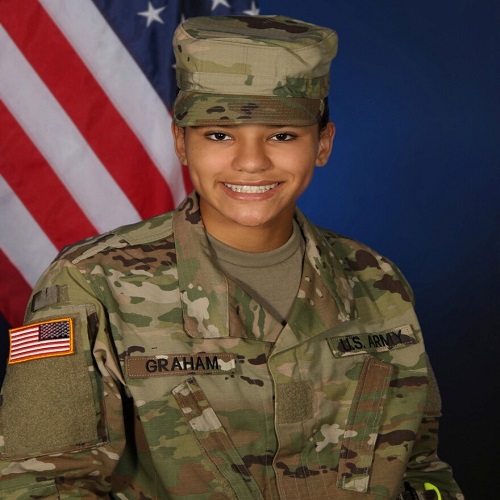 Although, Private Asia Graham wasn’t murdered, her death would stem from being raped and then feeling hopeless because she felt like her superiors were more concerned about her attacker and less about the rape she endured. Before Asia died, she...

Although, Private Asia Graham wasn’t murdered, her death would stem from being raped and then feeling hopeless because she felt like her superiors were more concerned about her attacker and less about the rape she endured. Before Asia died, she confided in her mother that when she reported the rape to her company commander, he told her to just get over it and move on. Asia told her mother she didn’t feel like anyone cared that she was raped.


Unfortunately, Nicole Graham wouldn’t be the only grieving parent. Not long after Asia's December 31, 2020 death, her closest friend and fellow soldier Pvt. Marriah Pouncy of Chinle, Ariz. would take her own life months later on June 21, 2021. She would also die at Fort Bliss as did Asia. Mariah was a proud member of the. Navajo Nation.


Asia Graham’s life began to unravel after only being at Fort Bliss, Texas for a month. It took two months for Asia to get enough courage to report that she was raped while unconscious on December 31, 2019. Her attacker was fellow soldier PFC Christian Alvarado. Asia reported the rape in February 2020. However, her superiors didn’t file the complaint until June.


One year later, she was found dead in her barracks where she overdosed while battling depression from the assault, her mother said. When I asked Nicole about details surrounding Asia’s death, she told me that Asia and two of her friends received a Percoset from an unidentified person. According to Nicole, two of the pills were fine, but unknown to Nicole, her Percoset was laced with Fentanyl which killed her. Nicole believes the person who gave her daughter the Percoset should be held responsible for killing her daughter.


Soldier Christian Alvarado was convicted of raping Pfc. Asia Graham Alvarado. He received a sentence of 18 years and three months.