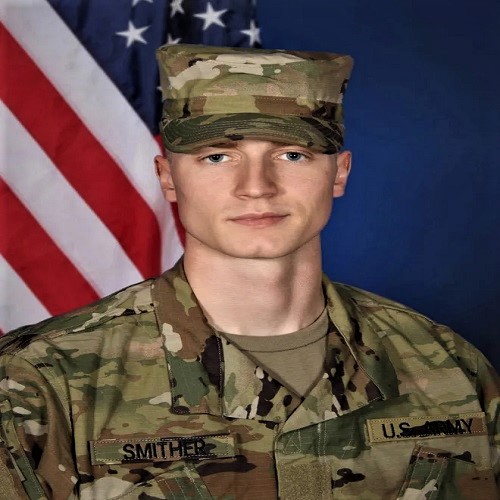 This week's story is about a soldier who was injured, neglected, and then died after there was an order issued to watch over him. Instead, his body was left in his room to decompose for days before anyone cared enough to check on him. This is the...

This week's story is about a soldier who was injured, neglected, and then died after there was an order issued to watch over him. Instead, his body was left in his room to decompose for days before anyone cared enough to check on him. This is the story of private Caleb 'Smitty' Smither.


According to Heather Baker, her son, private second class Caleb grant Smither from Texas. He had a fascination for the military. It's what led him to joining the army and going through jump school at Fort Benning, Georgia. he then joined the 82nd airborne out of Fort Bragg, North Carolina, upon graduating from jump school.


Caleb was known as Smitty by his friends and served with the E company 37th brigade engineer battalion second brigade combat team after spending seven weeks and four days at Fort Bragg. Caleb was found dead in his barracks room on January 21st, 2020. He was only 19-years-old. He spent his final moments alone and in agony from a head wound.


Caleb died of bacterial meningitis. This was after he hit his head on a radiator earlier in January, 2020. He was working on a military vehicle when the accident occurred. Heather Baker, and her attorney blamed Caleb's death on medical malpractice at the Womack army medical center and his fellow soldiers who were supposed to look after Caleb. One soldier claimed to have checked on Caleb on January the 19th. And he said Caleb was fine. He later admitted that he had lied and never checked on Caleb.


Caleb texted regularly until January the 15th when his phone went silent. Heather believes her son died on the 15th, which is why all phone activity ceased. Another soldier smelled Caleb's decaying body, but never checked his room to investigate.


What I find so troubling about Caleb's death is the meningitis ruling. If you do any research on meningitis or if you've had it, you realize that it is contagious. If Caleb truly died from it, then how come no one else contracted it? According to Heather, there was no quarantine and no other soldiers were tested for it. If the military cared so much for its troops, then why wouldn't anyone else be tested? If you would like to know more about what's being done to bring awareness, to preventing unnecessary deaths of our soldiers, please visit the mothers of the fallen Facebook page.