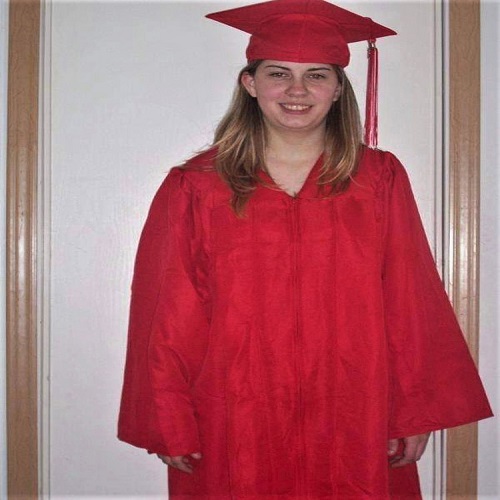 This week's story involves a 19-year-old woman named Brittany McGlone. She grew up in Winnsboro Texas. After she graduated from high school, she decided to take some time off and work before attending nursing school at Baylor University. Her goal was...

This week's story involves a 19-year-old woman named Brittany McGlone. She grew up in Winnsboro Texas. After she graduated from high school, she decided to take some time off and work before attending nursing school at Baylor University. Her goal was to become a nurse like her mother Patricia Tice.


Unfortunately, May 4, 2007 would be the worst day of Patricia’s life. She had a tight relationship with her beloved daughter Brittany who was working two jobs when she was murdered. During high school, she played trumpet in her high school's marching band, and graduated with honors. She said Brittany was the perfect daughter. She didn’t drink, do drugs, have any legal issues or cause her any trouble.


Patricia’s life was destroyed when she learned that her daughter was brutally murdered. Brittany had begun dating Jeff Stogner, the son of a coworker at a local business that was similar to a mini-Walmart. After getting off work, Brittany left work and stayed overnight with her boyfriend.


The morning of May 4, 2007 began with Brittany’s boyfriend Jeff and his stepfather traveling to Dallas to pick up a relative and take her to the airport. Since Brittany had just gotten off work hours earlier, Jeff let Brittany sleep in.


Hours later, Jeff returned home to a horrific scene. He found his girlfriend Brittany’s nude dead body. Someone had entered the home, sexually assaulted and then murdered Brittany. Law enforcement believed Brittany was killed sometime between 8 a.m. and 3 p.m. According to her mother Patricia, the killer left with the murder weapon and Brittany’s clothing. During the investigation, law enforcement learned that Jeff’s sister dated a man named Chad Carr who had previously been convicted of various crimes which included burglary of a building, sexual assault and aggravated assault with a deadly weapon. He is considered a person of interest in Brittany’s death.


Patricia Tice has said she never thought her daughter’s case would go this long without being solved. The only positive note in this case is that Wood County Sheriff Kelly Cole has taken a serious interest in solving the case. According to Brittany’s family, several other sheriff’s have come and gone. She said previous ones wouldn’t return calls or express much interest in the case.


Sheriff Cole has said it’s possible that two people may be involved in this horrific crime. He isn’t ruling anyone out so everyone remains a suspect. Patricia Tice has said that Sheriff Cole has been the only Law enforcement officer the family has trusted.


Today, her killer remains free. Someone out there knows who killed this young lady. Could it be you? Do you know who killed her? If you do, please help this family get justice and contact the Wood County Sheriff’s department at (903) 763 - 2201 or you can leave your tip with Crime Stoppers at (903) 850 - 9060. And if you would like to know more about Brittany’s story, there are two Facebook pages created by the family. They are Brittany Danielle McGlone (1987-2007) and Who killed Brittany McGlone.