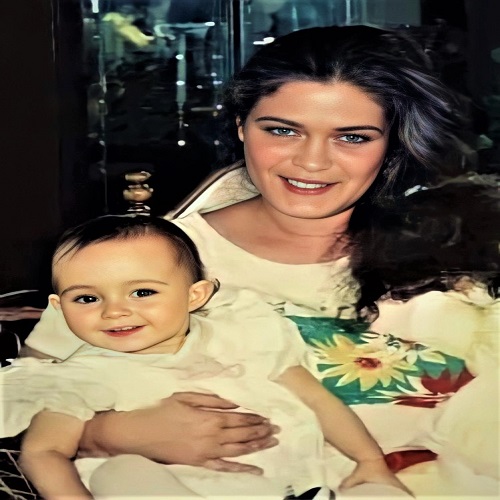 On Sunday, March 7, 1993, a 30-year-old mother named Lori Lee Malloy was found dead by police on the bathroom floor of her East Providence, Rhode Island apartment after her boyfriend Harry requested a welfare check. The death scene was highly...

On Sunday, March 7, 1993, a 30-year-old mother named Lori Lee Malloy was found dead by police on the bathroom floor of her East Providence, Rhode Island apartment after her boyfriend Henry requested a welfare check. The death scene was highly suspicious. Her apartment door was open, and the bathroom sink faucet was running. On the kitchen table were two drinking glasses and leftover food. There was also a full refrigerator, but it was unplugged.

The young mother was naked, with recent bruises on her upper thighs and arm. Her dark hair was found scattered around her apartment. There was a clump of hair between the toes of one foot, strands wrapped between the fingers of one hand and a "bracelet" of hair around the other.

Detectives from the East Providence Police Department treated the scene like a homicide. They removed several pieces of evidence, including a hair sample from a clump of light-brown hair found in a shoe on top of a table by the front door that looked as if it were ripped from someone’s head.

Other items found in the room included a bath towel with mucus on it, the sheets and comforter for the master bed, several items of infant clothing, hairs and drinking glasses. Police also completed a rape kit. Lori's original autopsy was conducted by a medical examiner who lost his license to practice in RI, for misdiagnosing cases.

The ME who conducted Lori's autopsy closed the case as a "natural" manner of death caused by "hypertrophic cardiomyopathy," which would have one believing there were heart issues. However, there weren’t any issues with Lori’s heart. Lori was also listed as a cocaine user. But a toxicology screen showed no traces of drugs in her system.

In February 2021, Lori's family obtained a copy of her 1993 autopsy report and challenged its findings with the RI Department of Health (RIDOH). In March 2021, the senior ME handling Lori's modern case review, told Lori's family that she did not die of hypertrophic cardiomyopathy and, in fact, had no obvious natural or unnatural reason to die. Lori's family was advised that Lori needed to be exhumed and her investigation completely redone to understand her cause and manner of death. The ME refuted the entire 1993 autopsy.

Much of the evidence from Lori's death scene is still available for testing today. Lori's family is having difficulty reopening her case because the state refuses to do so. Lauren Malloy, the daughter of Lori Malloy, is now trying to get Lori's case reopened and investigated as a homicide.

Due to the fact that Lori was naked and DNA evidence exists, sexual assault is possible. However, no tests have been conducted on the biological evidence. If no tests have been performed, how can anyone justify calling this case a natural death? Additionally, there were signs of two people being in the apartment.

Lori Malloy died nearly 30 years ago under mysterious circumstances. She allegedly died from natural causes, however, this is unlikely. What happened to her in 1993? If you know anything about Lori's death, please contact the East Providence RI Police at (401) 435-7600.

You can even reach out to me. If you wish, I will not reveal your identity and respect your privacy. If you would like to learn more about this case, please visit Uncovered.com (https://uncovered.com/cases/lori-malloy) or the Unsolved R.I. Facebook page.

Please also visit my website for more information about my true crime and paranormal newspaper columns at www.themarcabe.com. You can also help support my podcast by purchasing a cup of $5 coffee every month. To help support the podcast, please visit https://www.buymeacoffee.com/catchmykiller. If you would like to contact me about this podcast, please visit my websites www.catchmykiller.com or www.themarcabe.com where you can submit a case.