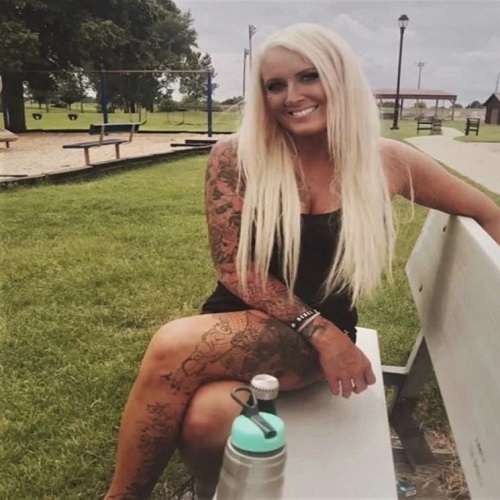 Melissa Trumpy, 37, a missing young woman from Monticello, Wisconsin, is a mother of three who disappeared last October. The family believes that she is deceased. Melissa was a loving mother who loved her children. Her family believes that Melissa's boyfriend Derek Hammer knows what happened to her. Currently, he is incarcerated for multiple crimes, including gun crimes, drug crimes, and domestic violence.


Ben Affrunti, the father of two of Trumpy’s children has said Hammer shouldn't ever be released from jail because he is dangerous threat to society. He fears that Hammer will harm his family. Affrunti’s son witnessed Hammer physically assault his mother and point a gun at her.


Daniel Kaiser, a friend of Melissa’s said she confided in him days before she disappeared that she was terrified of Hammer. And she had every right to be fearful because she was going to testify against him in court.


According to court records, both Melissa and Hammer were charged with a felony offense of maintaining a drug trafficking location in October. As a witness to a crime, she also faces a felony charge of possessing THC with the purpose to manufacture, distribute, or deliver it, and a misdemeanor charge of possessing drug paraphernalia. Melissa appeared in court on October 18, 2021 and was released on a signature bail. Hammer was freed after posting bail.


After Melissa vanished, her truck was found abandoned on Bolton Road, near Freeport, Illinois. Green County District Attorney Craig Nolen said he thinks that this is a homicide case. If you do an internet search on Derek Hammer. You will see he is a career criminal who has been arrested many times. Somehow, he has managed to stay out of prison. For now, Hammer hasn’t been publicly named a person of interest in Melissa’s disappearance.


Melissa disappeared from the Shannon Illinois area. This is where Derek Hammer and his mother resided. Search parties have checked wooded areas, swamps, ditches and private property in and around Shannon since she went missing. As of this recording, she’s still missing. Ben Affrunti said all hope of finding his ex alive are gone. “Melissa is gone permanently, and my kids will never have their mother back,” he said. Melissa was last seen on October 26, 2021 at the home of Derek’s mother in Shannon.


For this week’s story, I spoke to Ben Affrunti, who is Melissa’s ex. He is also the father of her two youngest children. Ben and Melissa’s sister Mandy are pushing for answers to Melissa’s whereabouts. Anyone with information regarding about Melissa Trumpy can call the Carroll County Sheriff's Office at 815-244-2635 or the Freeport Police at 815-235-8222.
And if you would like to follow up on Melissa’s story be sure to visit the Melissa-timeline/questions/REAL answers Facebook page.