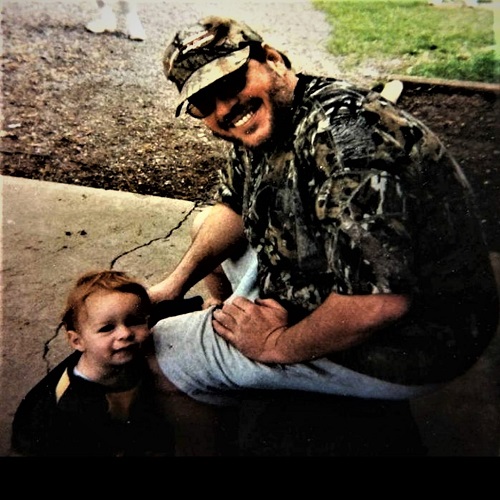 On January 6, 2012, law enforcement and firefighters responded to a house fire west of Glengary, West Virginia. Inside the home were the remains of 56 year old David Hutzler and his nine year old son James "Macky" Hutzler.

On January 6, 2012, law enforcement and firefighters responded to a house fire west of Glengary, West Virginia. Inside the home were the remains of 56 year old David Hutzler and his nine year old son James "Macky" Hutzler.


Initially, police classified the case as a murder-suicide. David Hutzler was believed to have shot his son, set their home on fire, and then killed himself. Police reported that the father and son both died from gunshot wounds to their heads, and the boy suffered a second "glancing" gunshot wound on his chin.


Kelli Hutzler, David Hutzler's daughter, refused to believe this. She insisted that her dad could not have committed such a heinous act. I asked Kelli why law enforcement ruled the case a murder suicide. She told me that her dad had no reason to kill himself and her brother. She also revealed that there was no murder weapon at the scene. According to her, the law enforcement theory that it was a murder suicide is incorrect because there was no weapon present. Kelli has taken issue with the West Va. State police for their initial ruling.


For over a year, locals and the public believed David had murdered his son before killing himself. Eventually, law enforcement realized their mistake. The case was then ruled a double homicide. Kelli told me she finds it disturbing that some people still believe the case was murder suicide, even a year after the case was reclassified as a double homicide.
Currently, there is an individual who is walking around unpunished after shooting a 9-year-old cub scout to death. Now on with the story of James and David Hutzler as told by David’s daughter Kelli Hutzler.