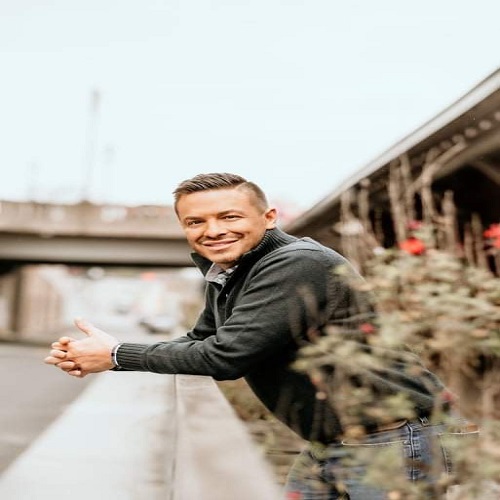 This week I interviewed David Keck, a gay man from Tennessee who shouldn’t even be alive to be speaking to me. It’s actually an act of God that he’s even alive. In 2014, David had met with some friends at a bar called Bullfeathers located in...

This week I interviewed David Keck, a gay man from Tennessee who shouldn’t even be alive to be speaking to me. It’s actually an act of God that he’s even alive. In 2014, David had met with some friends at a bar called Bullfeathers located in Knoxville, Tennessee. The friends had gotten together to have some drinks and participate in Karaoke. While on his way to the restroom, a man unknown to David engaged in a brief conversation with him. David said he believes they were discussing neck ties because David designed custom neck ties at the time. Thinking the man was interested in purchasing neckties, David gave the stranger a business card.


David then went back to his friends and thought nothing else about the stranger. David then left the bar before closing and drove home. Shortly after arriving home, he heard a knock on the door. It was the stranger at the bar. He had followed David home. Moments after opening the door, everything went black. The stranger physically assaulted David and raped him.


David was beaten so bad, his attacker assumed he had killed David. He would end up confessing to the mother of his children that he had murdered a gay man. He also stopped at another bar and told patrons he had killed a gay man. Eighteen hours later, the police arrived at David’s apartment. They found his apartment walls and floors covered in blood. The police officers that arrived looked at David’s body in a pool of his own blood. They assumed he was deceased until they saw his foot move.


The man who nearly killed David was eventually arrested and charged with assaulting David. For unknown reasons, he wasn’t charged with a hate crime. David is also a podcaster who has a show called Surviving Abuse where he speaks to survivors of horrific events. To learn more about David and his podcast, visit his website at https://survivingpodcast.com/ or you can find his Surviving Abuse podcast on all major platforms.


Just remember that you are not alone and if someone sexually assaulted you, it’s not your fault. You are a victim. If you need to speak to someone, you can call the National Sexual Assault Hotline at 1-800-656-4673.