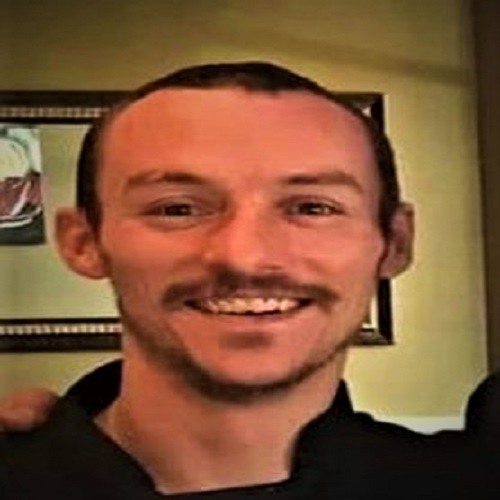 A grieving mother named Donna Augustine reached out to me and asked if I would share her son’s story.


The Augustine family lives in Ulster County, New York. Donna told me Steven is a twin. Donna also has a daughter. At 32, Steven lived at home with...

A grieving mother named Donna Augustine reached out to me and asked if I would share her son’s story.


The Augustine family lives in Ulster County, New York. Donna told me Steven is a twin. Donna also has a daughter. At 32, Steven lived at home with his parents. Donna considered Steven a wonderful son. He looked after his parents, took care of their home, yard, and automobiles. He also had two sons he loved more than anything. He worked long hours so he could provide for his young sons.


On May 28, 2018, Steven Augustine left work and walked home. He was attacked near a Kingston bakery. The beating was so brutal, Steven barely survived. Authorities arrested a career criminal with a lengthy record named Charles Miles. The beating left Steven permanently paralyzed and on a ventilator. He live for another 23 months and remained confined to a hospital bed until his death. Donna expected Charles Miles to face serious charges for nearly killing her son. She became angry after learning Miles would only be charged with a misdemeanor and not a felony. He only spent 72 days in the county lockup before authorities released him.


The Augustine family became angry. How could Steven’s assault only be a misdemeanor? They assumed that since Miles already had a lengthy criminal record which warranted serious charges.
Former Ulster County District Attorney Holley Carnright refused to charge Miles with a felony. He claimed Miles didn’t intend to harm Steven. According to Carnright, “The injuries to his face were consistent with a single punch. He also said the fracture was caused by Steven falling down backwards.


I have seen pictures of Steven’s injury. Half of his skull was caved in from a blunt weapon and not a fall. Medical staff removed the left side of Steven’s skull. Donna is now fighting to get justice for her dead son. A local news station interviewed Carnright, and he insisted he couldn’t charge Miles with a felony.


Donna wondered why the authorities weren’t going after Miles for more severe charges. According to Donna, an investigator told her that Charles Miles worked as a trusted police informant for many years. She now believes that’s why Charles Miles hasn’t been charged with additional crimes after Steven died.


Donna is determined to fight for her son. She wants to see Charles Miles get prison time for his part in Steven’s death. Although Steven died nearly two years after the assault, he would still be alive had he not been nearly beaten to death. Steven loved his sons. He should still be alive and spending time with them.


Steven died alone with none of his loved ones to comfort him.


If you have any additional information about this case that could help Donna Augustine get justice, please contact the New York State Crimestoppers @ (866) 313-TIPS. I would also like to make a special request on behalf of the Augustine family. They need an attorney to help them prepare a legal strategy to get justice for Steven. If you are an attorney in New York and can help this family, please email Donna Augustine at Donnaaugu12401@gmail.com. And if you would like additional information about this case, please visit the Justice for Steve Facebook page.


Please also visit my website for more information about my true crime and paranormal newspaper columns at www.themarcabe.com. You can also help support my podcast by joining my true crime coffee club for $5 per month where you can read true crime stories. To join, please visit https://www.buymeacoffee.com/catchmykiller. If you would like to contact me...